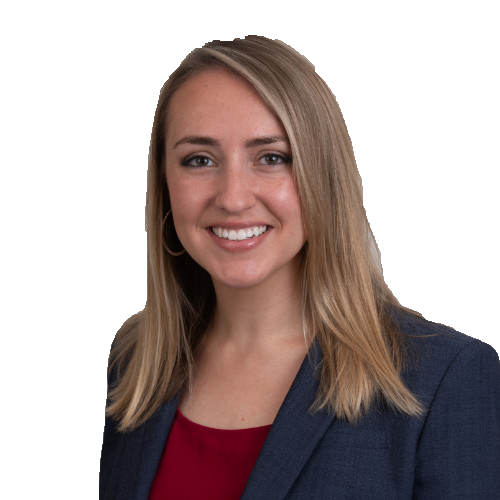 Growing up, I always saw the world a little bit differently than my friends. Even as a young child my favorite question was Why? and I needed a logical explanation for everything. For Christmas, I would ask for Legos instead of dolls. In high school, I played sports in the fall and spring but in the winter, I participated on our robotics team where we competed against other schools with robots that we designed and built. I took English and art classes, but always found myself enjoying my designing classes more.

Purdue University offered introduction to engineering days for middle and high school girls, so I attended two of these sessions and it really opened my eyes to the world of STEM (science, technology, engineering, mathematics). When it came time to decide on a path to take in college, I chose to pursue a degree in engineering because I wanted an exciting career of problem solving.

I noticed right away that there were very few women in my classes. I think I was originally drawn to biomedical engineering because it had the highest percentage of women, right around 33 percent. I made it into the program but found myself more interested in the mechanical side of the biomedical world and switched my major to mechanical engineering, which had an alarmingly low rate of females at only 13 percent. Thankfully, my friends were supportive, and I graduated with a bachelor’s degree in mechanical engineering.

In 2010, 19 percent of the undergraduate engineers at Purdue were female and in 2018, 25 percent were females. Purdue prides itself on including more women in engineering than the national average but women make up less than 25 percent of the STEM workforce in the United States. This is a big problem because teams made up of diverse individuals traditionally perform better. A diverse team has the ability to tap into each individual’s experiences and strengths, which helps the team come to more effective solutions.

The lack of women in the engineering field reaches far beyond diversity, however. Women make up half of the population and should be involved in the decisions that make our scientific innovations useful. Even today, companies are making headlines for not taking women’s needs into account when developing their products. Hellen Wollaston, WISE’s CEO said it perfectly, “science and engineering and tech are fundamental to the future of the plant, we need women to take their rightful place in creating that new future.” WISE is a campaign aimed at getting more women into the science, technology and engineering workforce in the U.K.

STEM jobs are increasing every year, so it would seem logical that more women would be interested in STEM careers. This, however, is not the case. There is a shortage of role models and this combined with negative peer pressure and lack of encouragement from friends and family prevent many women from taking the leap forward.

So how can we help?  If we can start teaching kids at a young age about STEM before the gender stereotypes have set in, we can positively influence their views of these jobs and, in turn, have more women excited about engineering. Another way to help is to be a mentor to a girl. Women need female role models, true, but women also need male allies.

Today is Introduce a Girl to Engineering Day. I hope all of us can do just that.